I think I’ve slept for maybe… 8-9 hours over the last three days.  Anxious about Geoffrey, life, yada yada.  Like … a LOT more anxious than I was last time.  I think last time I was more of a wreck at the outset and tired myself out, this time I’m more stressed or whatever.  This bullshit came out of nowhere, it’s like there’s a switch inside him which just gets flipped at a certain point, so it’s not a slow, gradual decline.  It’s happy fun-boy one day, and crawling in bed and pissing the next.  I sort of expected this would happen again, but not this soon. 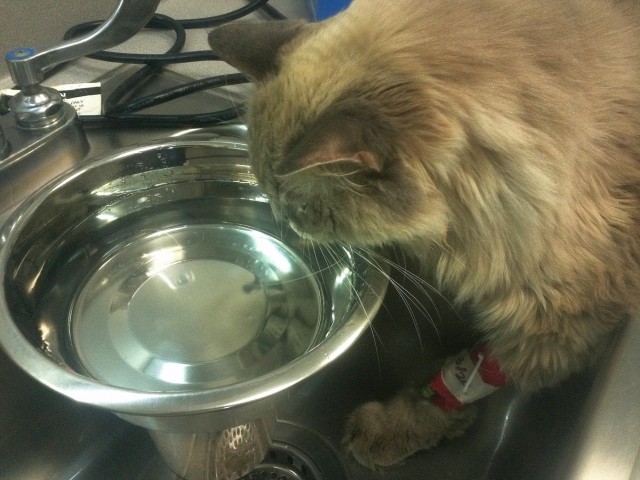 Last time it took him until day 2 to start bouncing back, and it’s only been one day, so…  Yeah.  He still isn’t eating according to the vet techs, but that’s the same thing that happened last time;  on the second day he started eating again.   But his coat is so dry, just dander everywhere despite having brushed and flea combed him… His spirits are still good, and he doesn’t seem to be in pain, but … He just rubbed his head and face against my hands, I gave him his usual massage and attention, and managed to get him to drink some water out of a bowl the vet techs loaned me during my visit.  So, that’s all positive in my book.  He’s got a couple more days in there to get taken care of, so I’ll maybe get some sleep tonight knowing he’s maybe on the upswing now.

There’s this oldschool medication which acts as a great sleep aid for most people, and I rarely take it because it’s almost too effective, leaves me feeling groggy the next day, and if I take a half of one, I’m usually out within an hour.  Last night, before going to bed, I took one, waited 4 hours, took another (I went to bed early so it would have worked out time-wise) and still couldn’t sleep.  This is … curious.  Whatever.  I’m at some weird balance of exhausted and beyond nervous so they’re playing off each other, but … I better sleep tonight.  There are times when I like having my sanity. 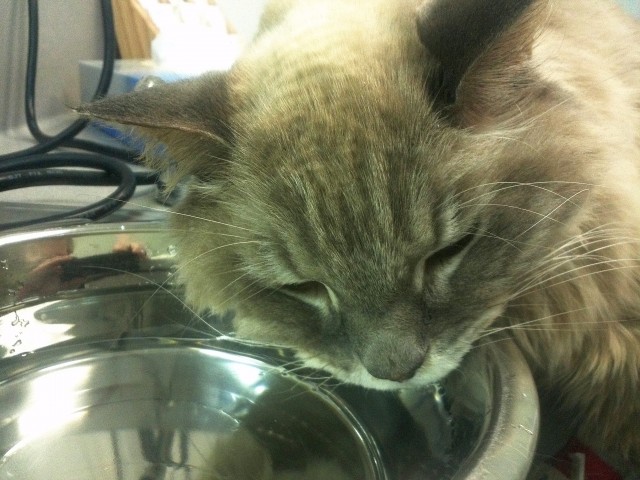